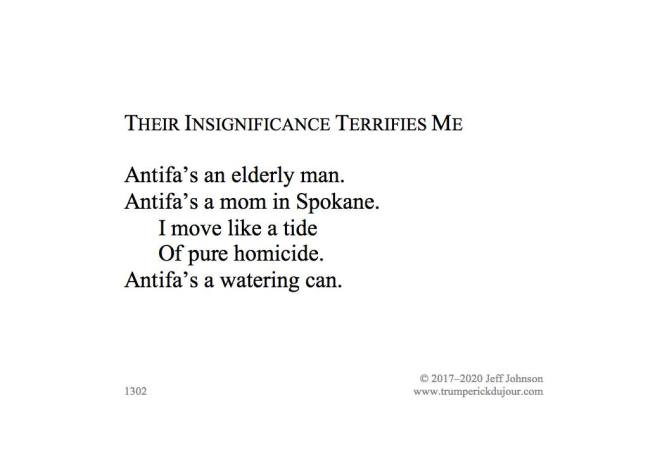 By now you have probably seen the video of Buffalo police shoving Martin Gugino, a 75-year-old man, backwards onto the sidewalk, which cracked open his head. According to Eugene Scott of the Washington Post, Gugino is “a member of PUSH Buffalo, which focuses on affordable housing, and Western New York Peace Center, a human rights org. He is also part of the Catholic Worker Movement.”

Here’s the vile shit Trump tweeted about him this morning:

“Buffalo protester shoved by Police could be an ANTIFA provocateur. 75 year old Martin Gugino was pushed away after appearing to scan police communications in order to black out the equipment. @OANN I watched, he fell harder than was pushed. Was aiming scanner. Could be a set up?”

Also: you can spell “provocateur” but you do “setup” as two words?